Where the Magic happens “Playing under the stars”

More and more people ask me about photo-technique, how I plan a shoot, which equipment I use, which software I use and so on. In this series “Where the Magic happens” I’l try to give you an inside view in my work. I haven’t studied photography or art or something else, I would say in many parts of my life I’m an autodidact and learn things by myself. For me this is the best way to find out what is working for me and what’s not. It takes a bit longer to learn something new and there is definitely more space for failure but I think when it comes to the point of really understanding it, it’s the only way. Everything else is more ore less acting like others said.

Don’t get me wrong, of course I read e.g. other photographers technique explanations and try it out to get the best of each. In my opinion this is the best way to learn by yourself.

In this part of the series I will show you how “Playing under the stars” was made.

So what’s the most important part? Planning? Equipment? No, your friends! Can you imagine to climb a mountain and stay up for more ore less the whole night when you’re alone? No, take friends with you, it’s fun and always an adventure for everyone 😉 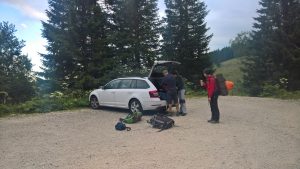 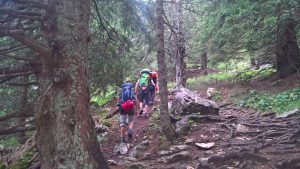 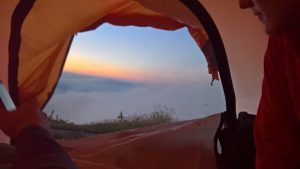 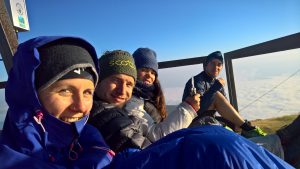 As I want you to not be confused I’ll break up the process in a few parts. Planning the shot, on location and post processing.

As we all know, in the northern hemisphere the center of the milky way (the brightest part) is rising above the horizon in summertime. So the best time for shooting the milky way is from end March to end September or mid October, depends on the specific location. There are a few helpful tools online to simulate the night-sky, you just have to do a few minutes research on google and you’ll know more. There should be nor or very less light pollution in the near environment so mountains, deserts and other remote areas are really the best places. The Blue Marble Navigator is a good source to find such places.

The moon is another player in this game. If it’s full it will overexpose the sky so you would barely see any stars in the end. Wait for new moon or at least a few days before or after. Sometimes the moon is setting very early, that’s as well a night with good conditions.

I know this palce, the Hochobier, since I was already a few times at the peak. It’s a relatively easy to reach peak so we had plenty amounts of food with us and a tent for 4 persons. There are 2 reasons for the tent, the obviously if we’re getting cold and if it’s too wet and the photography related, It’s a really good tool to get a few “adventure morning shots”.

First of all, build up your tent if you have one with you. Nobody want’s to fight with building up this thing when it’s mid night, cold and maybe windy. Then there is enough time to prepare food and have fun with your mates. Sadly we missed the sunset because first a few guys always need a little bit longer to get ready and second it was raining as we hiked up. The weather forecast said nothing about rain but hey, that’s life. As we got to the peak we all where really glad to not have turned around cause one hour later the sky cleared up and we had the pleasure to see an amazing moon-set. 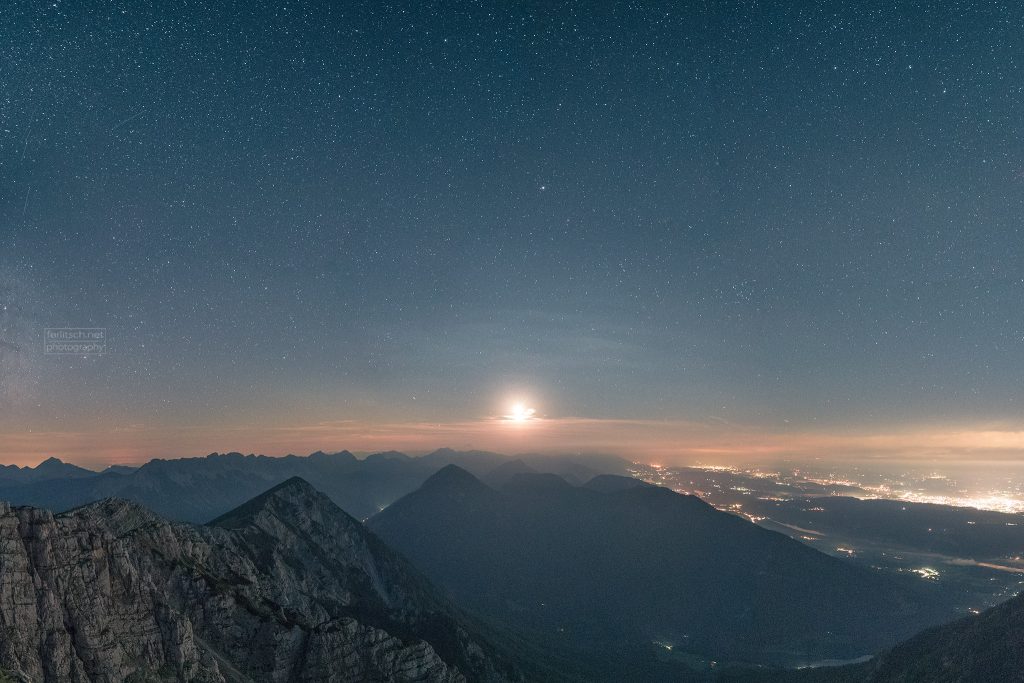 Now it was time to say hello to the stars. The rain had cleared up the atmosphere and I have to say I was pretty stunned how bright the milky way was shining. I haven’t often seen the milky way in this conditions. It was just amazing.

I was wandering around to find a good spot with a ridge and the milky way behind. I tried a few test shots on different places and the I have found my sweet spot. It’s looking dramatic, there was plenty of space to get a good framing so a good friend, Christoph walked out on the edge and fired the flash on command. Due the camera only have about 12Mp I always shoot panoramas to get a good size for prints.

First of all I took a key frame and gave Christoph a sign when he should fire the flash (with a self build cheap diffuser on it). The best is when the flash is lightning up in the last moment of the exposure so I set a timer on my mobile. You can as well get an wireless flash trigger and set the cam to flash on the second curtain but it’s not for free and you have a little bit more weight in your back bag 😉 The key frame was looking good so I build the panorama around it by moving the ball-head step by step on the tripod. And yes, there are pano-heads but a ball -head is cheaper and weights less. It can be a bit tricky to always get the exact degrees and alignment but in my opinion, if it’s not outer space, every stitching software on the marked can deal with a little misalignment. You will see the single frames arranged in the post processing section and believe me, that wasn’t a really good alignment. After I took all the shots I make a black frame by just decreasing the exposure time to 1sec or so. Later on it’s easier to see which images are belonging to the pano. I was so stunned by the images on the cam that I couldn’t stop photographing, so I did some more panos and other thing. Then it was time to hang out and enjoy mother natures theater.

As we got back home we all where pretty tired, we had about 3 hours sleep but I could’t not download the RAWs from the cam and develop it. If the images are not too much misaligned it#s more or less a straight going through my routine at developing photos. In Lightroom I applied a lens correction to every single photo and brought the expose a little bit up to get an idea of the whole thing. The next step is merging the single frames and I normal do it with Lightroom and Photoshop andmost of the time it works great. As well in this case lightroom did a good job merging and blending the frames as you can see here: 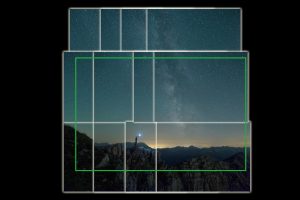 Here you can see 12 frames, I did 16 but the overlapping was not the best, means the overlapping was too much so Lightroom didn’t need 4 frames. As well the alignment is pretty crap but as I said before, a Ball-Head isn’t the best method and the software is dealing pretty good with this.

After creating the panorama I was bringing up the colors, decreased the contrast in the foreground a little bit and increased it on the sky. The tweaked the white balance until it was looking natural and colorful. I always love to add a little magenta tone but not too much, it shouldn’t be visible on the first view. And here is the resulting image! I think it was worth the work and not only this, it was another great adventure in mother natures playground <3 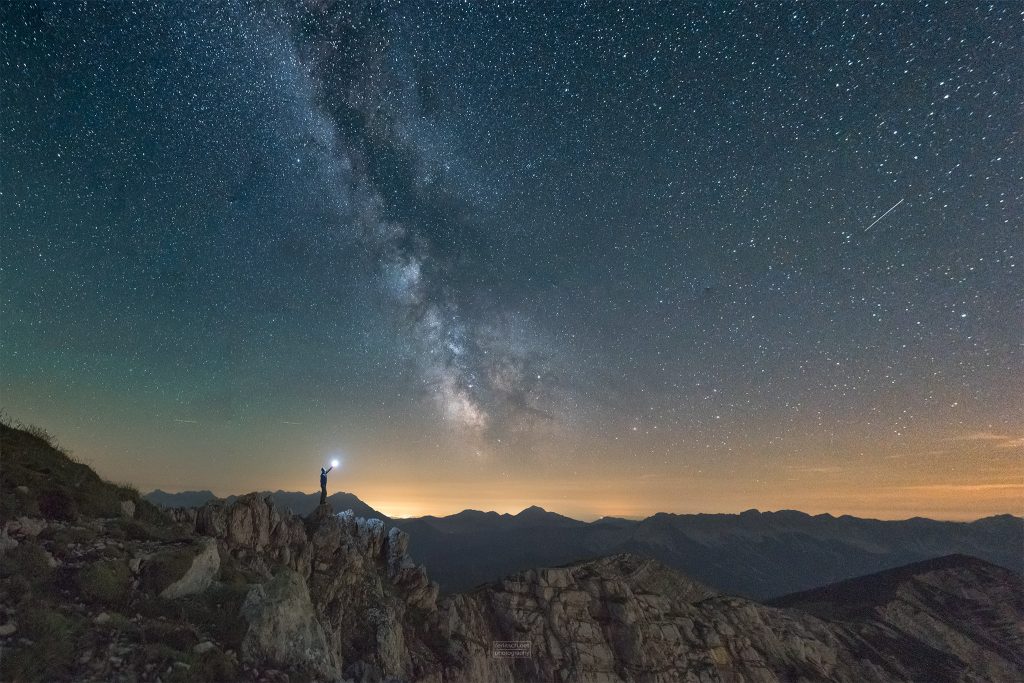